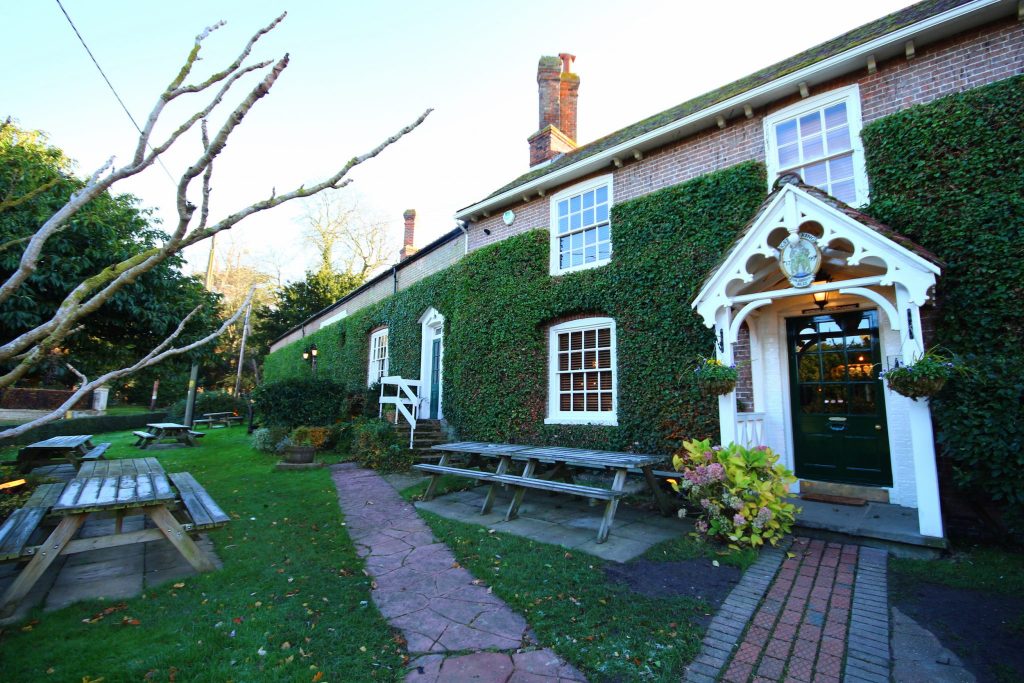 The Hare Family has lived in Stow Hall for generations. Sir Nicholas Hare, Master of the Rolls and Keeper of the Great Seal, bought the freedom of the Hundred of Clackclose in 1553 and ever since then the family has played an important part in the life of the area. Their long association with the church is well known, less well known is their connection with the Hare Arms.

The original building was erected during the Napoleonic wars, (at a time when Nelson travelled through the village on route to his ship in London), and the transformation of the house into an inn took place when Captain Thomas Hare offered it to three soldiers, two of whom had French surnames.

Since then the inn has been at the centre of such communal celebrations as wartime victories, coronations and jubilees.

Emma Sayles, redoubtable landlady from 1878 to 1934, organised and catered for Jubilee jollifications at which 1,380 revellers were seated in two vast marquees and enjoyed ‘Substantial dinners of beef, mutton, plum pudding, etc’ all washed down with tea brewed in the boiler of a steam roller.

Harry Sayles (an overseer for the local rating authority, who travelled the district by pony and trap) left the pub in his wife’s capable hands – but did leave his mark by scratching his name on a bar window which can still be seen today – just ask to see it! Rural sports and entertainments were centred on the pub, and village cricket had an enthusiastic following as it still has today.

David and Trish McManus were the friendly faces behind the bar of The Hare Arms for 40 years from 1976, finally taking a well-earned retirement in 2016. In the 1970s The Hare was a bustling ‘coach stop’ directly situated, as it was, on the main road to King’s Lynn and the North Norfolk Coast. The inn now has a more tranquil and secluded outlook following the completion of the A10 road which bypasses Stow Bardolph.

Current landlords Pat and Debs Palmer met in 1987 when working behind the bar under the previous tenants. Fast forward nearly 30 years and they took over the lease in July 2016 where they continue the proud, 200 year old tradition of offering a warm welcome to visitors.